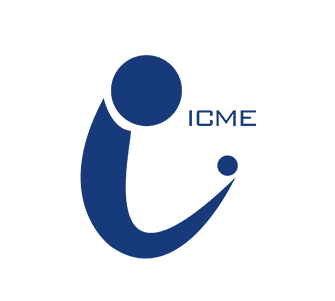 Abstract：Gait abnormalities are one of the major problems for patients with Parkinson disease (PD).  Gait slows, there are fall, and freezing of gait can occur.  Dopamine replacement and deep brain stimulation can help but are often unsatisfactory.  Better treatments are needed.  Non-invasive brain stimulation might be useful, either by itself or coupled with gait training, such as treadmill training.  There are many types of brain stimulation, and most experience is with transcranial magnetic stimulation (TMS).  TMS can be used in many different ways with a goal of making a plastic change in the brain to improve gait.  Plasticity is complex, and some processes can be opposed to each other, such as gating and homeostatic plasticity.  The best evidence at present for rehabilitation is using TMS to prime the brain to optimize gait training.

Dr. Hallett obtained his A.B. and M.D. at Harvard University, had his internship in Medicine at the Peter Bent Brigham Hospital and his Neurology training at Massachusetts General Hospital. He had fellowships in neurophysiology at the NIH and in the Department of Neurology, Institute of Psychiatry in London, where he worked with C. David Marsden. Before coming to NIH in 1984, Dr. Hallett was the Chief of the Clinical Neurophysiology Laboratory at the Brigham and Women's Hospital in Boston and progressed to Associate Professor of Neurology at Harvard Medical School. He is currently Chief of the Medical Neurology Branch and Chief of its Human Motor Control Section. He is now Past-President of the International Federation of Clinical Neurophysiology. He has been President of the International Parkinson and Movement Disorder Society and Vice-President of the American Academy of Neurology. He served as Editor in Chief of Clinical Neurophysiology. Among many awards, in 2012 he became an Honorary Member of the American Neurological Association, and in 2014 won the Lifetime Achievement Award of the American Association of Neuromuscular and Electrodiagnostic Medicine. In 2017 he received the degree of Doctor of Medicine Honoris Causa from the University of Hamburg, and in 2018 was made an Honorary Member of the European Academy of Neurology. His research activities focus on the physiology of human voluntary movement and its pathophysiology in disordered voluntary movement and involuntary movement.